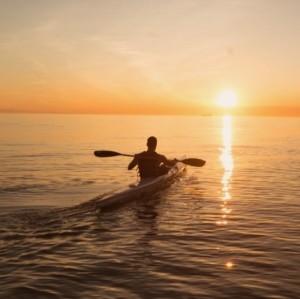 Nowadays, the narrative of “Africa Rising” is gaining popularity. According to this narrative the African continent is emerging and progressing to greater heights than ever before. However, when one takes a closer look it becomes apparent that the African continent is dealing with a wide variety of challenges. As a result of this, many African countries are barely able to stand on their own two feet and reach a certain level of sustainable prosperity for the majority of its population. These aforementioned issues will be addressed in this article and accordingly it will be argued that the narrative of “Africa Rising” appears to be rather incorrect.

A second challenge the African continent is currently dealing with is extreme poverty and the disparity between rich and poor. According to the Globalist 2017, 41% of the total population in sub- Saharan Africa lives in some form of extreme poverty and survives off just 1.90 US Dollar or less per capita per day. Some examples of African countries that find themselves in a state of extreme poverty are: Zimbabwe, Central African Republic, Democratic Republic of Congo, Burundi, Liberia and Niger. However, not all people in Africa are living in extreme poverty. According to the AfrAsia Bank Africa Wealth Report 2017, there are presently 145.000 millionaires living in Africa and their combined wealth amounts to a total of roughly 800 billion US Dollar. Mauritius is the wealthiest country in Africa ahead of South Africa, Namibia, Botswana, Egypt and Angola.

A third challenge that the African countries are dealing with is the imbalance between money coming in and out of the continent. According to the East African’s business news 2017, African countries have received about 162 billion US Dollar in loans, personal remittances and grants. However, one must be aware of the fact that even more money is flowing out of the continent in a variety of different ways. This imbalance between money coming in and money going out t is causing significant setbacks and is hindering the development of the African continent.

A last challenge the African continent needs to overcome is the rapid growth of its young population. “Between 2015 and 2050, the continent’s population is estimated to increase from about 1.2 billion people to 2.2 billion people. About 41% of the people in the continent are below 15 years old while another 19% are youth between 15 and 24 years old.” This rapid growth of its young population presents a significant dependency burden for Africa. However, if proper investments are made in health and education and there is an enabling economic environment for decent jobs and investments, this phenomenon, called the demographic dividend, can be a stimulus for sustained and accelerated economic development. It can therefore be concluded that, for Africa to truly rise, it will require a mass of African people and friends of Africa in the private sector to create and develop long-term solutions that generate jobs and career opportunities for the youth.

Until now Africa is regarded by many as a developing continent and an emerging market. Hence, a lot of work remains to be done, especially by the people of African descent who care about the future and future generations, before the fictional story of “Wakanda” becomes an everyday reality in Africa. One thing is certain: Africa shall rise in due time!

Tony K Ansah, Jr. is a self-published author, a public administrator by profession, and a social entrepreneur based in Rhode Island, U.S.A. He is also the founder and owner of Ansah Africa, a consulting and marketing startup established in 2017.